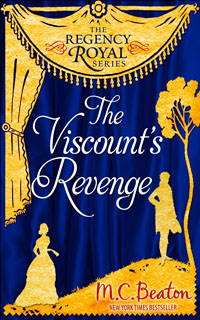 The handsome but arrogant Lord Charles Hawksborough desperately wanted to catch the infernally insolent thief who had held him up at pistol point on the King’s Highway and ridden off with his family’s inheritance and jewels.

Hawksborough just as desperately tried not to want the piquant and penniless Miss Amanda Colby when this young lady and her twin brother came to stay at his London townhouse at the height of the social season.

Hawksborough feared his own desire for this slip of a girl when he was about to wed the most beautiful and more suitable Lady Mary Dane. Meanwhile, Amanda feared he would discover she was the thief before she could atone for the crime. Whatever was to happen, it was clear that neither was prepared for what was to take place in this bewildering labyrinth of love and larceny…