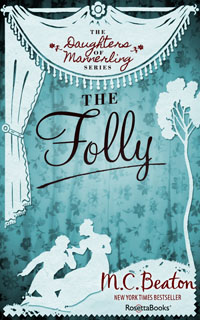 Lovely Rachel Beverley, 19, having narrowly avoided an entanglement with a cad more interested in her former family home, Mannerling, than in her lissome person, is surprisingly still in that house's spell. The new owner, widower Charles Blackwood, is thought at "nearly forty" to be too old for marriage prospects by the remaining Misses Beverley, including Rachel. But a chance meeting with him, during which Rachel castigates the man for his inattention to his two children, shows her what a handsome and impressive "old" man he is. Two potential rivals are introduced to quell this budding attraction, as are hauntings, intrigues and a near-murder. And then there is the Beverleys' scheming reputation: for although Mannerling seems to be loosening its hold on Rachel, does she really want the man or the manor?