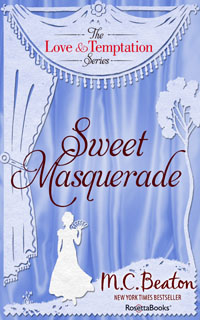 The Love and Temptation Series #4

The tenth earl of Berham did not know what to do. An attractive 32-year-old bachelor, he had been appointed guardian of the young Freddie Armstrong, the eighteen-year-old grandson of his late father’s dear friend. That was bad enough. Then he discovered that this boy was really a girl! It was against all convention and against his personal code to keep a young lady concealed in his own home. He had to find a solution.

The earl’s frequent visitor, Lady Clarissa Rennenord, heartily agreed - but for less noble reasons. Lady Clarissa hoped to snare the earl in marriage and she did not want any competition. She recommended that Freddie be sent to a seminary. No one but Lady Rennenord knew what a horrid place it was. No one, including Lady Rennenord, had expected Freddie to escape… Now Freddie was back, and the earl found her presence unsettling in more ways than one…