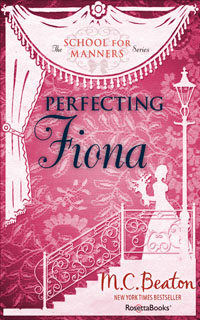 The School for Manners #2

The redoubtable Tribble sisters are almost outfoxed by a young lady thrown on the London marriage mart, as they undertake another enterprise of matchmaking. Fiona McCloud, an implacable beauty, seems averse to marriage and is adept at dispatching would-be suitors for her hand and fortune. Her attitude undergoes a sea change with the appearance of rakish Lord Harvard. As he attempts to gain the approval of the Tribbles, a cast of familiar characters sets in motion the adventures that will aid and frustrate the spinster sisters as well as secure the proverbial romantic conclusion.