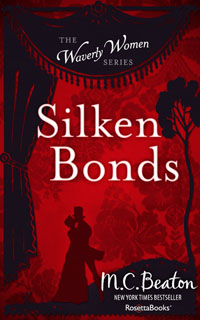 Though it was true, Frederica chafed at the restricted life she lived as the adopted daughter of the infamous bluestocking Mrs. Waverly, she did however agree with Mrs. Waverly’s philosophy. She knew that until the day men stopped preferring lisping dimwits over intellectual equals, Frederica would be better off without them.

Still, the recent elopement of her sister, Fanny, had sparked the fires of romance in Frederica’s well-educated head. So it was that she was ripe for the countless charms of Lord Harry Danger, and he in turn was smitten by her outspoken beauty from the moment he rescued her from a pack of drunken thugs.

Now if he would only treat her as his equal - and stop his incessant flirting!