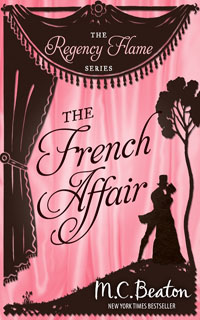 It was true. The lovely young widow, Lady Charteris (Delphine to her friends), had agreed to abide by her parents’ wishes and marry the Comte Saint Pierre. Delphine’s parents had long since died in the French terror, but when she learned of their wishes for her, she believed it her duty to respect their wishes. Delphine would marry, but it would be a marriage in name only.

But when Delphine saw Jules Saint Pierre, she got the shock of her life.

He was the same man she had seen juggling in the streets at a local fair. What was he doing as the Comte Saint Pierre? Was he posing? Had she made some terrible mistake?