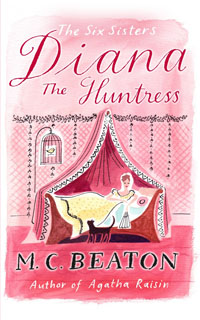 Poor Diana! All she cared for was the hunt. But the statuesque brunette had been ordered by her father to throw off her male attire and learn the pretty ways of a marriageable miss.

But not before the fair-haired Lord Dantry, encountering Diana in her disguise, invited the young "David Armitage" to spend a week with him in London.

What Diana didn't foresee was that freedom had a price--and the price could be the man she loved.