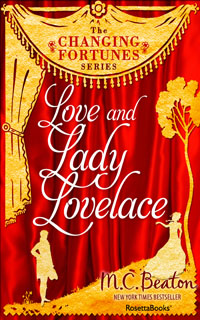 When young widow Lady Lovelace realized she had been swindled to near-bankruptcy by her curmudgeonly cousin, she knew she would have to marry again for money.

These were the very thoughts of Lord Philip, who had nothing between him and destitution but his small army pension. And so these two attractive fortune-hunters somehow found each other and before long, popped into marriage - and into the bridal chamber - only to discover they were both virtually penniless.

What a diabolical situation. What would they do now?