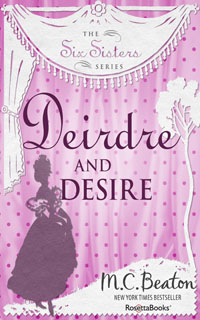 What clever woman would want a man like Lord Harry Desire? Why, he was clearly a lummox - languid, vain, and bland. Not even his beautiful face could redeem him. But he stood to inherit a vast fortune, and that was good enough for Deirdre's father, a spendthrift vicar who arranged the match to rescue himself from imminent financial collapse.

Leave it to Deirdre to contrive an escape, a quick elopement with her one true love, the dashing Guy Wentwater. But Wentwater's love proved none too true, and Deirdre found herself in a humiliating pickle. Not even Lord Harry would marry her now.

But Harry had more tricks up his tailored sleeve than Deirdre ever imagined. And soon she pined only for the marriage thrown away, and for a man whose arms had grown suddenly irresistible!